NATO Secretary General Jens Stoltenberg stated on May 22, following the North Atlantic Council’s (NAC) discussion about the Open Skies Treaty, that Russia’s years-long flight restrictions, including restricting flights near its border with Georgia, breach the international accord.

The Secretary General’s statement and the NAC meeting came a day after the U.S. signaled abandoning the Treaty, citing Russia’s “continuous violation” of the accord, including by not allowing “observation flights within a 10-kilometer corridor” along its border with occupied Georgian regions of Abkhazia and Tskhinvali/South Ossetia. 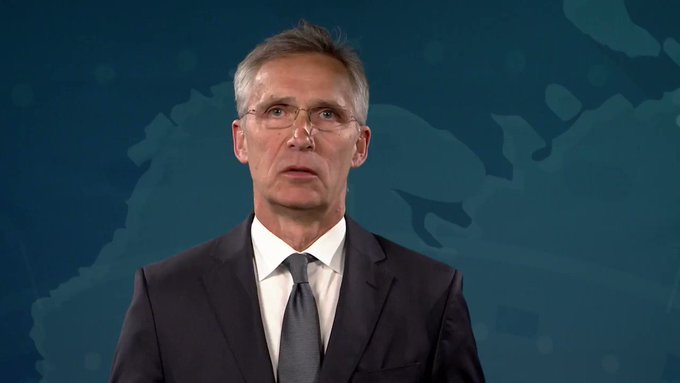 214 people are talking about this

“Russia’s ongoing selective implementation of its obligations under the Open Skies Treaty has undermined the contribution of this important Treaty to security and stability in the Euro-Atlantic region,” the NATO Secretary General said.

Stressing that “NATO Allies will continue to uphold, support, and further strengthen arms control, disarmament, and non-proliferation, as a key element of Euro-Atlantic security,” the NATO Secretary General underscored that the Alliance “continue[s] to aspire to a constructive relationship with Russia, when Russia’s actions make that possible.”